This is 9sk's Profile.
We're working on making it better.


All Dream Journals by 9sk

I am wandering in a closed dark aquarium, lucid, when I spot a big monitor with multiple parts. In an incredible view, I see various animals and trees about, with the blue sky in the background. Was it not for the black bar separating each part, I would have thought it real. As the panoramic view surrounds me, I wonder if this is a limit of my subconscious. I decide to try taking LSD to see if it would get rid of the problem. As I see Kiddo wandering around, the view around me melds into a midst and swirls like a concoction. The area around me disappears as I see a hint of the clear blue sky and the green trees, floating and flying for a little while. Though I'm not really "high", the visuals kind of represent LSD as nothing makes sense and random things pop out to me. After a while, it wears off, and I decide to eat some lettuce, which tastes slightly sweet and sour, the crunchy sense being quite convincing.

Finally, I decide to declare that each clap of my hand changes a fundamental rule of the universe. I clap once, causing the lights to suddenly brighten. I clap a few more times, causing everything to go awry and go underwater. Three claps then correspond to painting of stars, different style of stars, and rotation of the planet. As another clap causes a whirlwind, I'm astonished to see what's going on. A song begins to play, which I recognize as my original soundtrack Neon City Tokyo, and the scenery even moves forward to imitate the roller coaster scene I envisioned. I doubt this would hold, so I clap my hand once more to negate this. I clap three times to applaud and giggle at the ...

The dream begins in New York City and I sense something out of my vision, so I go to check it out. I re-experience my best flying dream, SOAR, where I see the clouds trail by in the blue sky, feeling the wind blow past my face. I grab a cloud and feel it against my skin, with my previous shout "Sugoi" used as a powerful anchor. The scene transitions and I lower myself down to the ground, where I am in CHARISMABBY, a dream where I hung out with my crush in Taj Mahal. With the sweet nostalgia remaining in the background, I see a golden diamond trinket in the middle of the hallway, and pick it up. I then see myself in a big beautiful garden from my dream New Telekinesis, and pick a flower from below. This leads to another completely different scene: I'm in Ice, Ice Baby, where I had experimented with ice powers in a cold landscape. I see a hint of the northern lights, and I transition this to complete darkness, resembling TRUE SYNESTHESIA, where I had seen music as colors. Here the colors flow very nicely, as if the song originally from CHARISMABBY had been transposed to this dream. I become lucid and summon my dream guide to talk to her for a while. The rest of the dream is in darkness, but it is reaffirming the strength of the beginning.

Piano Battle of Fire and Ice

I forget what happens in the beginning of the dream but I become lucid in a rather dark environment and decide something very interesting. I ask for my dream guide. With dramatic drums leading to an anti-climactic reveal, my dream guide appears as a silly white bunny, which surprises me. His very nature counters that of a normal dream character, but nevertheless I ask him if he is the dream guide, to which he nods. At first, I consider finishing the death battle we had, (I mistakenly believe this to be one of my dream goals, while no such thing is listed) since we dueled for a bit but it transitioned to the next scene, however, recalling the dream guide's pacifist fighting style, I deduce he would just warp the very fabric of reality to transition the scene once again. So instead, I start a piano battle between me and my dream guide, requesting and him nodding in acceptance.

I go back to my original area, and a man dressed up as a classical vampire with black cape and red lining at the neck part joins by my right side, watching what happens. I sit down in front of a black rectangular piano and I begin playing a song resembling the violin dubstep song, "Crystallized", (I clearly r member the opening notes G F E F D, one octave higher than center C) with cold and calculated piano notes. The opening is merely three note arpeggios at about 120 BPM (three notes per beat) but it becomes more complex. True to the original, we play in D minor, though I shift modes and borrow from other scales a bit.

you can now listen to the approximation here.

I first think that it would be difficult to create an original song on the spot, but ...

I stood in the mysterious yet welcoming open air. I saw the gigantic glass tubes coming in from the right with a white wall, along with transportation devices within them, leading into two elevators. A robotic but hyper-modern female voice spoke, synchronizing with the pix-elated font that showed green words: "THE NEXT TRAIN ARRIVES IN", trailing from right to left in a black monitor above the elevators. It seems that there are also escalators and stairs nearby.

I take them downwards, finding my good friend Jamie C. there, in her usual tomboy outfit with cargo beige shorts, (dark colored?) sneakers, and a short-sleeve t-shirt (which I believe was green), but holding a black skateboard upright in one of her hands. (I think it was her right hand). She greeted me and I was surprised to find her there. "Wow, what are you doing here?" I nicely asked.

She explained that she was traveling/shopping or something of the sort. She then began to walk away, assuming that I was going to follow--when I saw Ellen (a crush of mine) also walking down from my left to another flight of stairs to my right. (It was clear that Ellen was going a different direction from Jamie) She seemed to be wearing something red as a top, although the bottom was ambiguous (it could have been a red dress). For an instant there was a problem, but I still decided to follow Jamie. I then decided to use a beckoning motion for Ellen to also come (though she was already out of my field of vision), so that both would come to a center-meeting place. Despite their being far away, whether by my telepathic communication, telepathic hypnotism or suggestion powers, they both made it. I then asked whether they knew each other or not, which they shook ...

I am near a river (although I never hear its sound) and I am fighting a ninja, presented as blurs of black shadow. It is explained in scientific terms by a deep voice narrator, with backing soundtrack along with a graphic, that my power is sapped --"from here, the aura (which looks blue) current flows from him into the water"-- as I fight him toe to toe. I comment on how it is cool that "something finally has a scientific explanation" instead of being gone unexplained. It is very hard for me to gain an advantage as we exchange blows and punches, uppercuts and dodges. We jump higher and higher above the river, and I see it down below to my right. My blood pumps through my veins as my heart beats faster. As we fight on, I barely bruise him, and he manages to slash through my right side with his right hand, bringing blood out, as I see his white outfit. I am greatly injured as I try to get to even higher ground, constantly doing backflips to try to outmaneuver the ninja. Gritting my teeth, I pull out a dagger with my right hand and strike him hard. After many dodges, eventually I narrowly land the lethal kill as he almost cuts my neck. I breathe a sigh of relief from the tension.

There is then a short scene of zumba (except I am doing step for some reason, with the steps relatively realistic and black-colored) with Despacito playing in the background (Despacito

Para que te acuerdes si no estás conmigo), but I feel a lack of satisfaction, and make the instructor end it without even glancing away ...

The background wall was blurry and vague, but it seemed to be tan color overall. My sister and I along with another resident in the area watch a show (on TV, while I seem to be standing) before going outside. This cabin is a repeating symbolism for my “safe place”.

The roads are dangerous with the cars zooming by quickly, ignoring the walkers. I can clearly see the realistic black pavement. I am appalled by this, and the other resident is kind of scared too, although he seems to accept the situation, even a little embarrassed that he is scared. I explain that "in my world" people had the right of way, and demonstrate that the white lines which walkers pass by on are the safest way, while the resident is actually scared of the white stripes in his/her world so much because ironically they are the most dangerous place in this world (for passerby).

After we part our ways (him walking to my left, myself walking to the right), my conversation causes me to gradually realize it is a dream, so I strive to complete my goals, which I wrote as OHM on my left hand. I decided to do the "H" first. I shouted out, while flying upwards: "Show me... something HILARIOUS!" Instantly the skyscrapers in the metropolitan area (which look like the same ones from The Fish and the Superheroes, or New York City) transform into some black and yellow Lego figures in the air which beep around randomly while moving around (or attempting to robot dance), causing me to smile, greatly amused by this. [This mirrors the ending scene of The Lego Movie, which is one of my favorites] 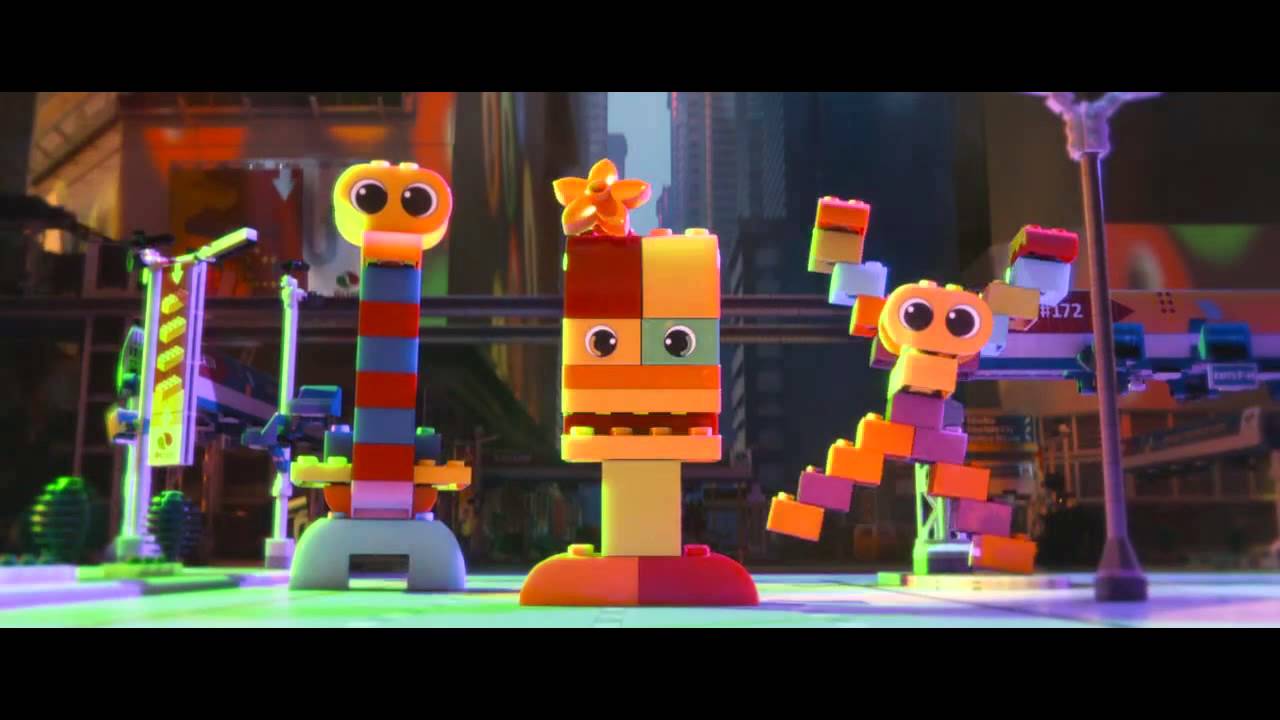 I thought some more and then shouted: "INSPIRE ME!!", causing the Lego figures to instantly transform into a giant ...

All Dreams by 9sk

All Symbols by 9sk

not used Dream Contexts By 9sk

All Contexts by 9sk